L.I.O.N.S Stands for Leadership In, Operational New Self-Defence (safety). It is a Science and psychology based reality self defence system that has been designed and developed as a unarmed, minimum training response to extreme violence in modern society.

THE AIM OF LIONS: To empower people with the roadmap of self defence and the flashlight of survival techniques so that they can protect themselves and their loved ones in the instance of violence. We teach Age Specific kids classes focusing on controlling techniques, abduction defence and becoming bullyproof as well as leadership and character-building lessons. We also train adults at our courses and in busines with terrorism and active shooter survival strategies, work-place self defence and verbal/non physical deescelation. This also has a strong focus on team spirit and leadership.

CHIRAG, WHY DID YOU CREATE LIONS?

The voice of violence is getting louder, every single day we switch on our TV or open our social media feeds and see yet another Terrorist attack, another child abduction, another stabbing, another home invasion, another incident of a child taking their own life because of bullying. In a world where the voice of violence is getting louder, I feel that it is my moral duty, as someone who is passionate about self-defence and empowerment, to also get louder and spread the message of what can be done and shifting the focus from the doom and gloom. That's the only way to combat it and that's why I created LIONS. I want to give people the tools they need to come home safe, to their families, each and every evening.

I wanted to create a system that didn't require the same number of years required to learn a traditional martial art nor did I want it to be based on having to have a certain body type or fitness level. Essentially it had to be something that used the natural responses of the body and worked effectively for people who didn't want to spend time and money on learning traditional martial arts. Thus, LIONS was born as a set of principles which can be adapted and applied with very little thought or effort to any circumstance. What's more is that LIONS is not just about kicking and punching, it deals with all aspects of self defence from awareness and prevention to recognition and deescalation. - Chirag Lukha

Chirag Lukha is the Founder and Creator of L.I.O.N.S Self Defence. He has over 20 years worth of provable martial arts and self defence experience which has seen him represent and win Gold for Team England as well as being an undefeated British Champion for the entirety of his six year competition career. His classical martial arts styles include Karate (where he is a 4th degree black belt), Shaolin Wushu (2nd degree black belt) and Kempo Freestyle (1st degree black belt) having trained under some of the top names in China and Japan as well as law enforcement and military combatives trainers.

As a child Chirag was hospitalised several times for asthma and lacked self-confidence, it was then that his parents took him to his first martial arts class. Since those beginnings he has witnessed first hand the benefits both physically and in terms of character building and self protection that the martial arts can have. This is why he decided to create a system that would empower kids and teens with life skills through life saving skills. Lukha uses martial arts as a vehicle to teach students about a success mindset and his classes have a strong emphasis on age specific key skills in line with the new school curriculum. This skill-set is guaranteed to put your little ninja ahead of the curve and develop Focus, Discipline, Teamwork, Confidence, Communication skills and much more. Chirag shows his students how these skills can be used in martial arts as well as at home and at school.

During his competition years Chirag was hailed the 'All Round Best' by team-mates as he won titles in fight, form and weapons categories. Chirag has been proud to represent his country as both part of Team England and Team GB across the globe. 2019 Saw Lukha return to the competition circuit, after a 10 year break, to win 54 titles which include English, British, 4 Nations, European and World Golds. He is the current reigning champion across 3 organisations.

Chirags real passion is to combine his degree in psychology with his experience in martial arts to bring a new reality based self-protection method that is based in science and is directly applicable to real life situations.

Chirag has worked with many Celebrities and is the go-to expert for actors in film and theatre for choreography, advice and self-defence. He has had the honour to share his skills on stages around the world from Spain to Las Vegas and India to Egypt. The most notable of these performances have been at Falls View Casino is Las Vegas and for the Royalty of Dubai which was seen by over 100,000 people live. 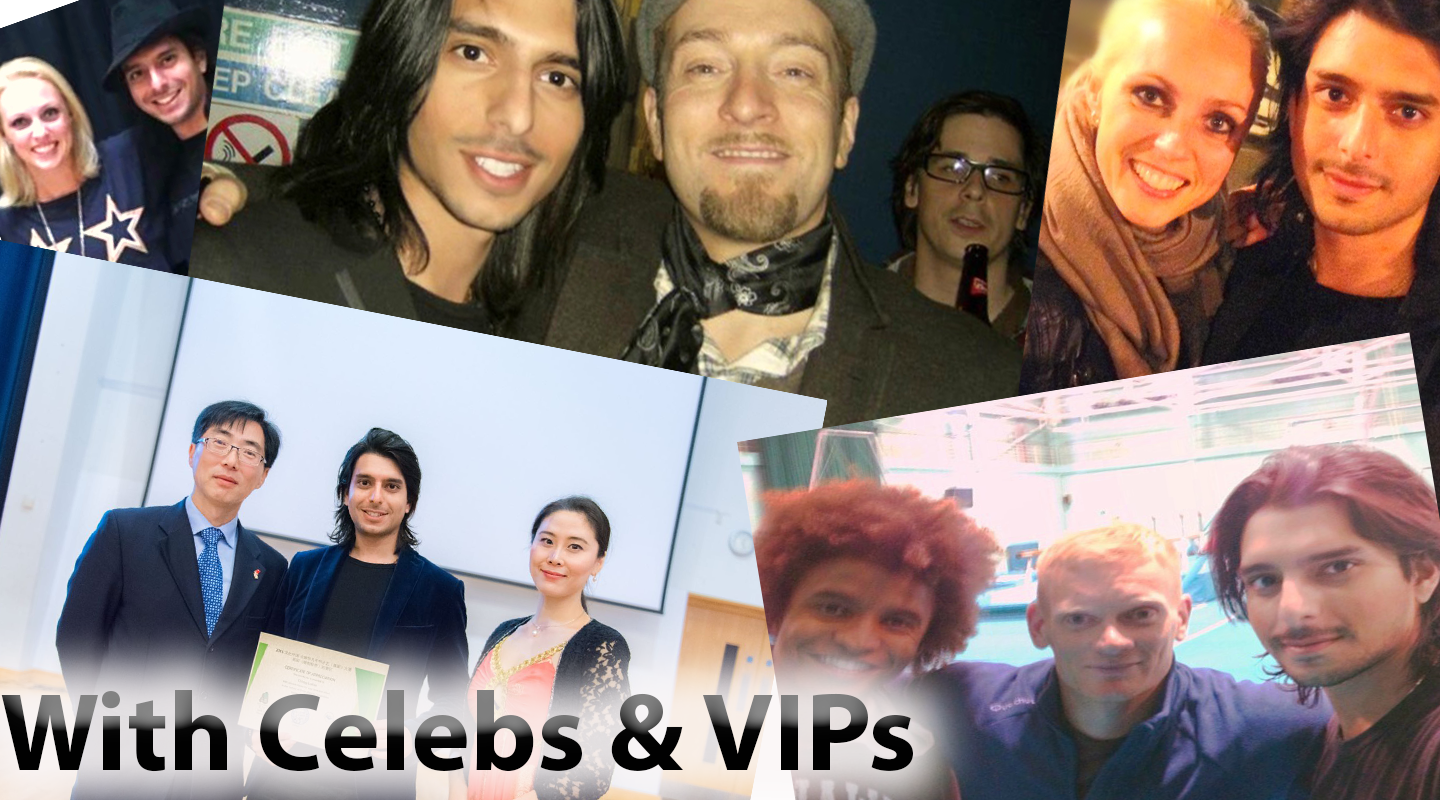 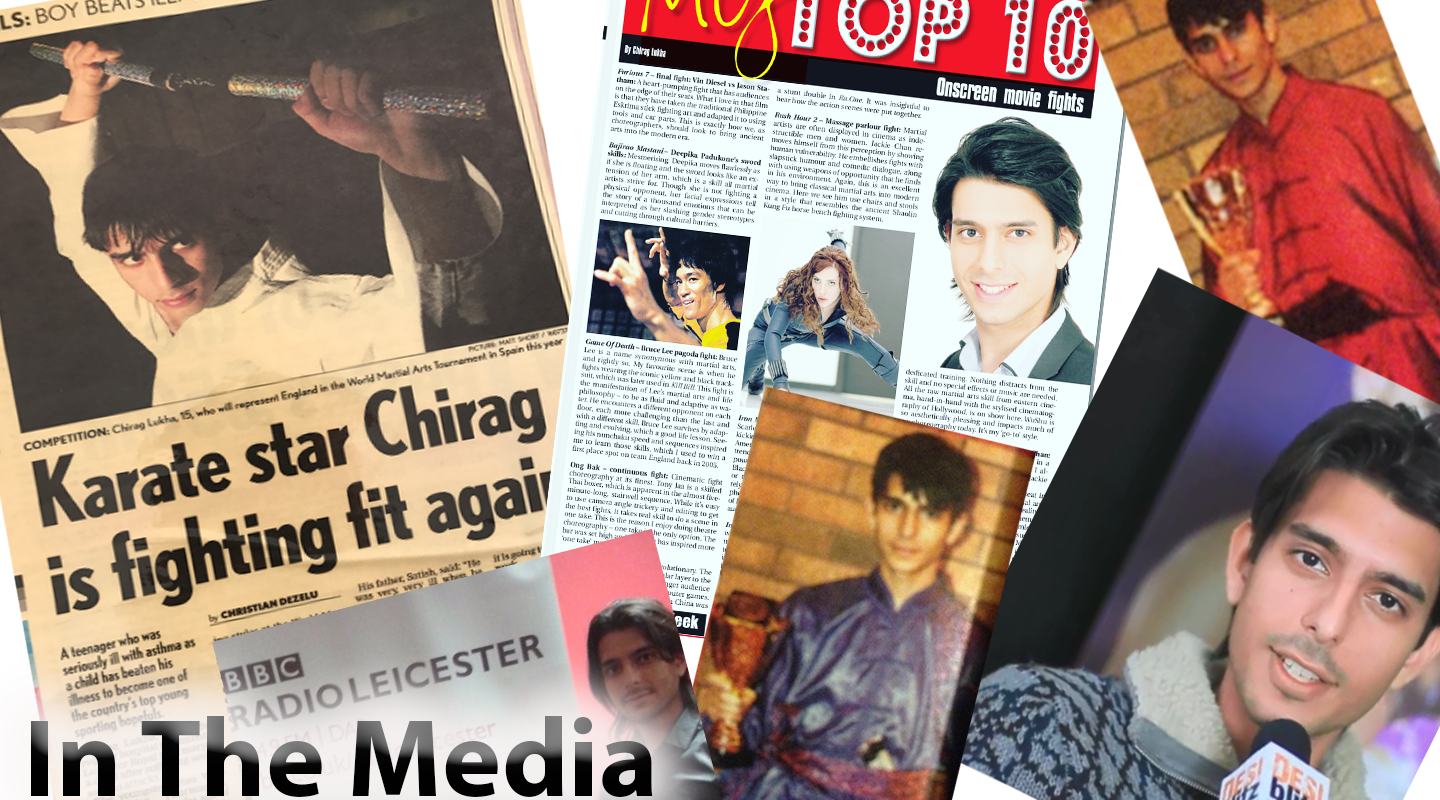